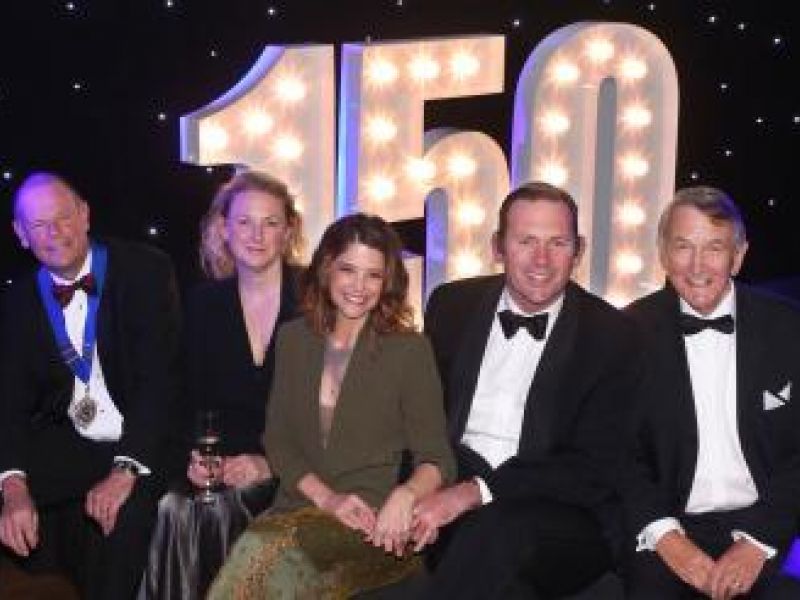 Charlie and AJ Courtenay, Earl and Countess of Devon, gave the main address of the evening, sharing their vision for Powderham Castle in the future, as well as an insight into the ancient family's part in the city and region's history.

The Chamber was toasted by Alexander Hetjes, Mayor of Bad Homburg, the German town which Exeter is twined with. Mayor Hetjes travelled to the UK as part of a wider itinerary to build business and community links between the areas, at this critical time during Brexit negotiations.

David Savill, chairman of Exeter Chamber of Commerce said, "The evening was a fantastic success and it was a delight to celebrate Exeter Chamber's landmark 150th anniversary with so many Exeter businesses. With thanks to the generosity of our sponsors and the proceeds from the prize draw, the event raised over £5,000 for the Earl and Countess of Devon's chosen charities, Dawlish Garden's Trust and The Mede, Topsham."

As headline sponsor of the anniversary dinner, Fleur Lewis, partner at the Top 30 accountancy firm said, "Bishop Fleming is delighted to support this prestigious business event, particularly in the Chamber's 150th year. The evening was a great opportunity to build ties with others in business in the city, with the Earl and Countess's speech a real insight into modern day life at Powderham Castle".

Exeter Chamber of Commerce raises over £5000 for local Devon charities

Guest speakers of the event, Charlie and AJ Courtenay (the Earl and Countess of Devon), nominated two local charities to receive a split share of the £5290 raised

Charlie Courtenay, Earl of Devon said: "We were honoured to address the Exeter Chamber's guests and are thrilled this resulted in such generous donations to Powderham's charities-of-the-year. The Mede provides excellent support for families and carers dealing with dementia, while the Dawlish Gardens Trust does remarkable work, both at Powderham and locally. It has been a pleasure to work with both charities this year."

The Mede is a Dementia care service based in Topsham, offering day and night care facilities for families living with Dementia and Alzheimer's to benefit both the carer and cared for. Their vision is to see lives enhanced through providing professional and tailored services and the money raised will be going towards the appointment of an Admiral Nurse.