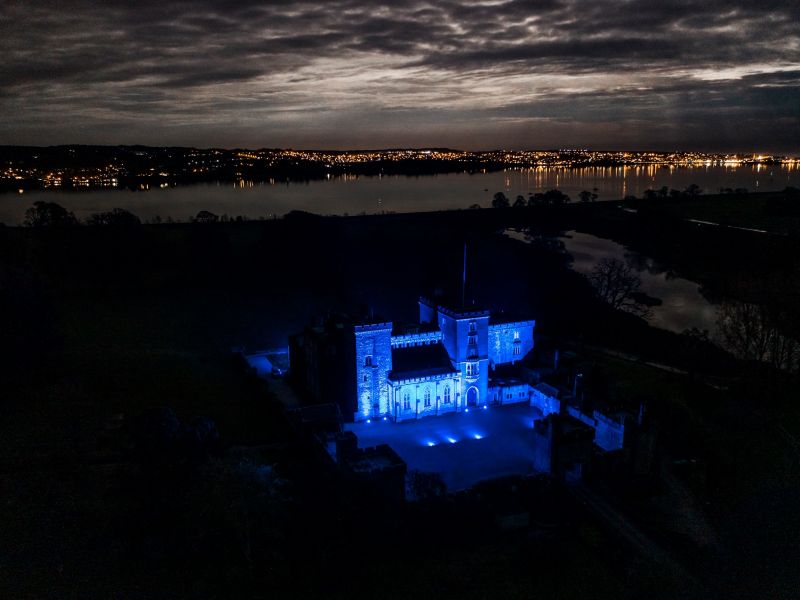 What was your first impression of Powderham?

Powderham has always held a "wow factor" for me. The tree-lined main drive with a view of the castle in the background always brings a feeling of anticipation. Then the views out over the estuary are spectacular. Ever since I first stepped foot in the castle I cannot wait to get back for the next event.

What do you enjoy most about working at Powderham?

I love the ambiance of Powderham. The castle has such a homely feel, helped no doubt by the incredibly friendly staff. They are always open to suggestions and so are really easy to work with. Whether it be in the grounds or in the castle, there is always a challenge, and something new to overcome!

How many times have you found yourself lost?

Countless! In fact, last week when trying to find a particular window from the inside, I kept ending up in the same room no matter which route I took... There's something funny going on there!

Have you learnt your way around yet?

I have mastered most of the castle now. That said, it's a completely different story late at night when there's hardly anyone around, then it can be a little spooky!

What's your favourite space at Powderham?

I think my favourite space is the Rose Garden, especially in summer. You get the best of all worlds there. From the deer in the park, the beautiful manicured gardens, the views of the estuary, the stunning building with the huge wisteria on the side of the libraries and music room. Is there a better place to be? Maybe the Belvedere...

If you were designing your own castle, which bits would be inspired by Powderham?

I would take inspiration from the grounds and the history. Unfortuantely the best bits are so historical that it'd be a challenge to design them new! But I would steal the views and libraries, with all those very old books... oh, and the secret doors and windows! I would definitely have loads of those - and lots of places that bizarrely lead back to themselves somehow, mainly for the laughs!

Which Powderham event would you say was your favourite?

The Food Festival and Powderham Live. Two very different events, but both celebrating local produce and talents. Powderham Live showcasing all the young musicians from the local area mentored by the Countess herself is such a speical event which just gets better and better every year!

What would you most like to see at Powderham in the future?

Something I have always thought would be spectacular would be a huge civil war re-enactment in the park viewed from the Rose Garden. Watching hundreds of people firing cannons across the expanse of the park with the estuary (and Royal Marine base Lympstone) in the background would be pretty cool. Or, on the other hand a folk festival utilising a lot of the grounds and rooms, with many stages and bands. That would be fun to organise and attend!

What's the best bit about working with Powderham?

There's no single bit. Just being lucky enough to work in such a historic venue is enough! The fantastic staff, very welcoming Earl and Countess, it's just like one big family (with quite a large house and garden!). It is both a priviledge and a pleasure, and long may it continue.