The Estate comprises 3500 acres of land with 4 farms, woodland, 33 houses and approximately 3 miles of foreshore.

Through the proactive management of the Estate we aim to: 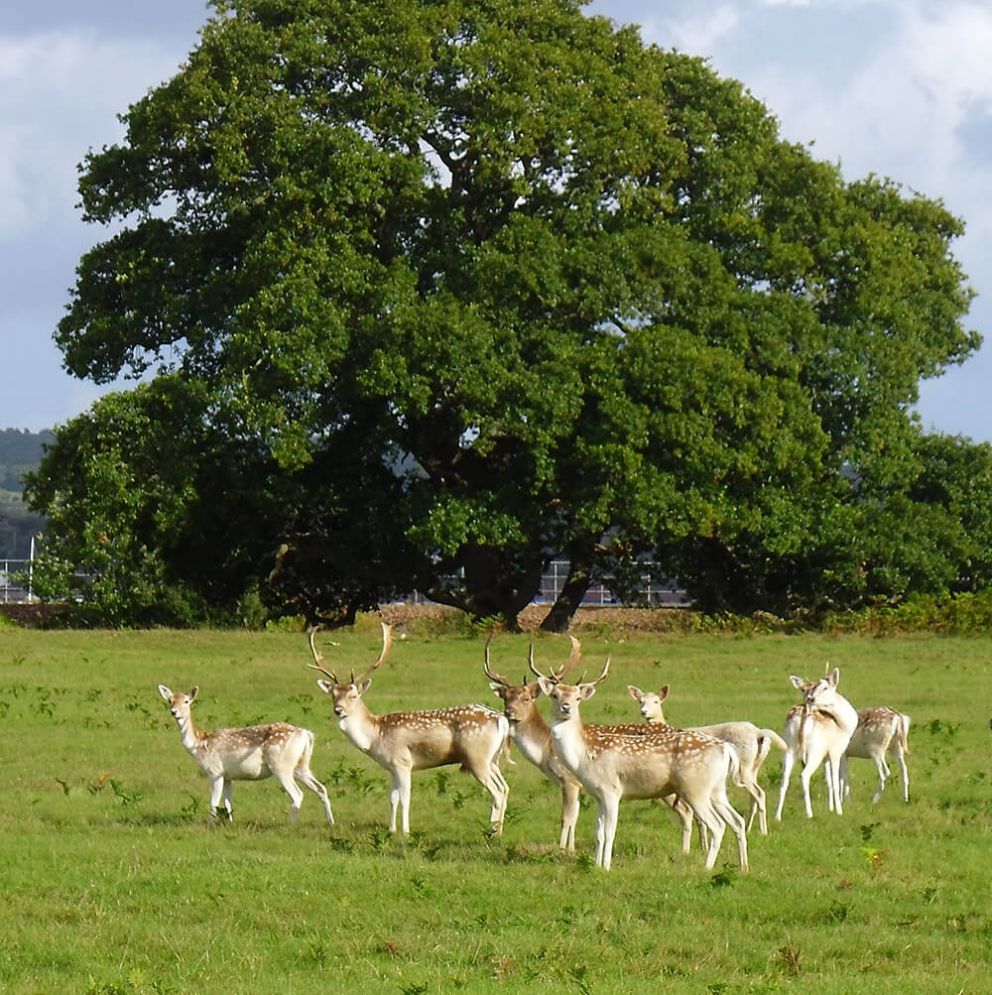 The Deer Park has altered very little since it was first depicted on a map in 1723. It contains a diverse range of trees, principally oak, lime and plane. There are remnants of c1710 avenues, nineteenth century exotics and more recently replacement plantings of oak, horse chestnut and copper beech.

The herd of fallow deer has been continuously maintained since before 1723 and numbers around 600.

The Belvedere TowerThe Estate is fortunate enough to be positioned on the Exe estuary and has extensive views of the river Exe, Exeter, and the surrounding countryside. The erection of the Belvedere by the second Viscount Courtenay in 1773 considerably increased the scenic possibilities of the Estate. The Belvedere, a pseudo-medieval Gothic tower, became a romantic object in the landscape in its own right and subject to watercolours by Swete 1799 and various engravings. It is triangular in shape with turrets at the three corners.

Charles Fowler converted the Belvedere into two-storey accommodation between 1835 and 1839. Tragically, two fires in the post-war era gutted the building.

The Lawrence Tower at Haldon was built 15 years after the Powderham Belvedere.

Pavillion in the Woodland Garden

The Third Viscount's friend, William Beckford, laid out a woodland garden at Fonthill to provide privacy and seclusion. The Fonthill garden is thought to be the inspiration for the Powderham Woodland Garden which was planted in the 1790s with a wide range of exotic species, from the Americas as well as from other places, in order to achieve a lush leafy glade. A summerhouse and a conservatory were added later.

James Wyatt, who designed the Music Room for the Third Viscount, may have designed the Summerhouse. It is gothic, castellated and made of Portland stone and brick. 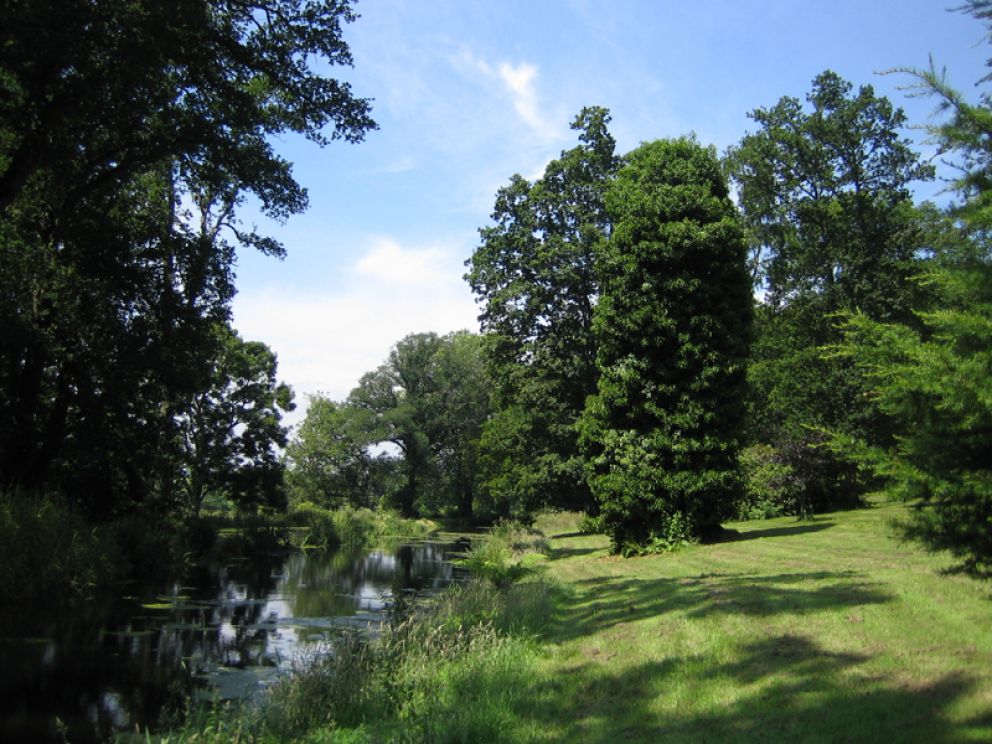 The Plantation was begun in the late 18th century and consisted largely of larch. It is mainly commercial woodland. However, it continues to support a large number of mature trees and glades of value to wildlife. The retention of such features and of a diversity of species is an integral part of its management.